The Most Beautiful Forest Park Attractions in Britain

Forest parks have now found an audience among adventurers, mountain climbers, hikers, and even naturalists. The forests are attractive, as they are home to rare and ancient wildlife, freshwater bodies, walking trails, and gorgeous rocks. Here are the most beautiful forest parks in Britain. 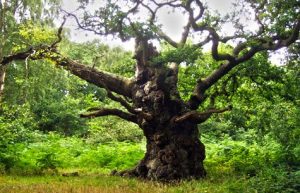 Sherwood Forest in Nottinghamshire was once a vast hunting reserve for the monarchy and their guests. This patchwork of extensive woodland, open grassland, and heathland is said to be home to the great Robin Hood and his men as they journeyed between York and London, robbing the rich. The Major Oak which stands tall at the heart of this forest is supposedly where Robin and his Merry Men hid. The royal forest is a magical destination and a habitat for wildlife. It features unique nature trails, and it has lots of inspiring legendary tales.

Glen Affric in Inverness is one of the surviving remnants of the Scottish Highlands, which were destroyed after World War I when the demand for wood peaked. This Scottish glen features breathtaking mountains and astonishing lochs, as well as dominant oak, birch, pine, and other conifer trees.

Historians assert that Tollymore Forest Park, Co Down, was the source of the oak wood used to build the RMS Titanic, and other giant ships associated with White Star Line. The forest park is a filming location for the best selling A Game of Thrones series. Shimna River, which is a habitat for some of the tastiest trout and salmon, flows through the forest. Additionally, the forest has numerous bridges and magnificent stone follies.

Britain’s Most Attractive Forest Parks at a Glance

Other forest parks worth visiting include Gwydyr Forest Park in Conwy and the royal New Forest, Hampshire. Old reservoirs and engine houses in Gwydyr Forest remind people of its industrial heritage. Brechfa Forest in Wales and Hackfall Wood, North Yorkshire, wind up this list.